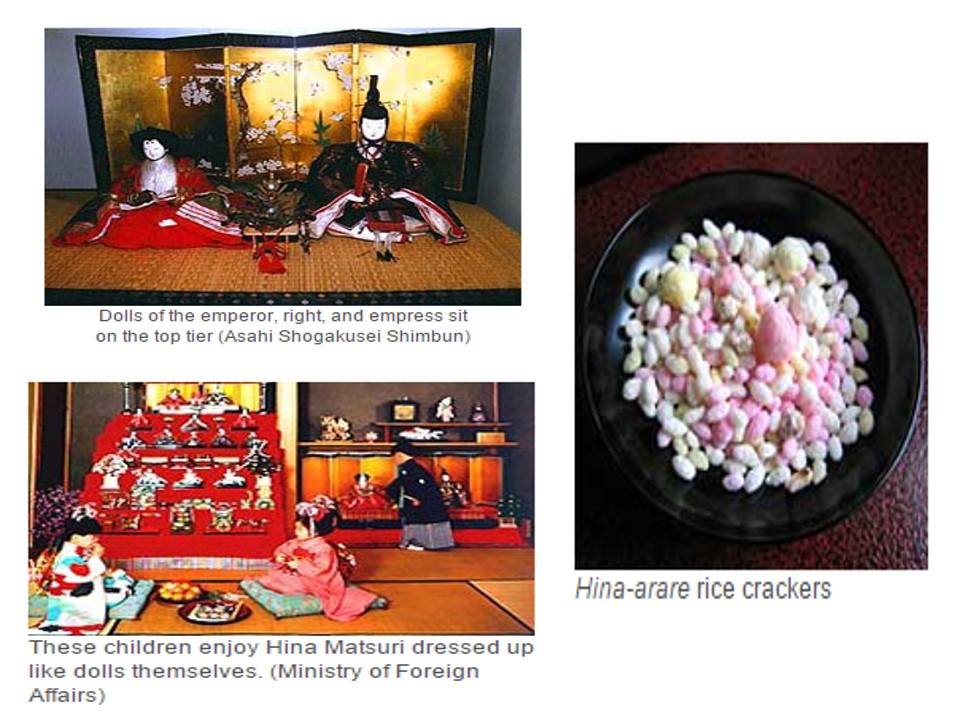 March 3 is Hina Matsuri (Doll Festival or Girls’ Festival), when people pray for the happiness and healthy growth of girls. Families with young daughters mark this day by setting up a display of dolls inside the house. They offer rice crackers and other food to the dolls.
The dolls wear costumes of the imperial court during the Heian period (794-1192) and are placed on a tiered platform covered with red felt. The size of the dolls and number of steps vary, but usually the displays are of five or seven layers; single-tiered decorations with one male and one female doll are also common.
The top tier is reserved for the emperor and the empress. A miniature gilded folding screen is placed behind them, just like the real Imperial throne of the ancient court.
On the second tier are three ladies-in-waiting, and on the third are five male court musicians. Ministers sit on either side of trays of food on the fourth step, and the fifth row features guards flanked by an orange tree to the left and a cherry tree to the right.
The practice of displaying these dolls on the third day of the third month on the traditional Japanese calendar began during the Edo period (1603-1868). It started as a way of warding off evil spirits, with the dolls acting as a charm. Even today, people in some parts of the country release paper dolls into rivers after the festival, praying that the dolls take people’s place in carrying away sickness and bad fortune.
Most families take their beautiful collection of dolls out of the closet around mid-February and put it away again as soon as Hina Matsuri is over. This is because of an old superstition that families that are slow in putting back the dolls have trouble marrying off their daughters.

Yay!! And it’s springtime again. Cherry blossoms will fully bloom really soon. Where can we go to view beautiful cherry blossom trees? Any suggestions? Why don’t you leave a comment below for suggestions? 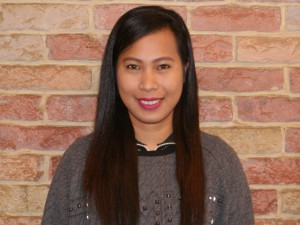 Hello, everyone.
I’m Sharika from the Philippines.
I’m the new English Teacher at Planet Academy.
I just arrived here in Japan last Tuesday, Feb 9th.
I look forward to meeting you.